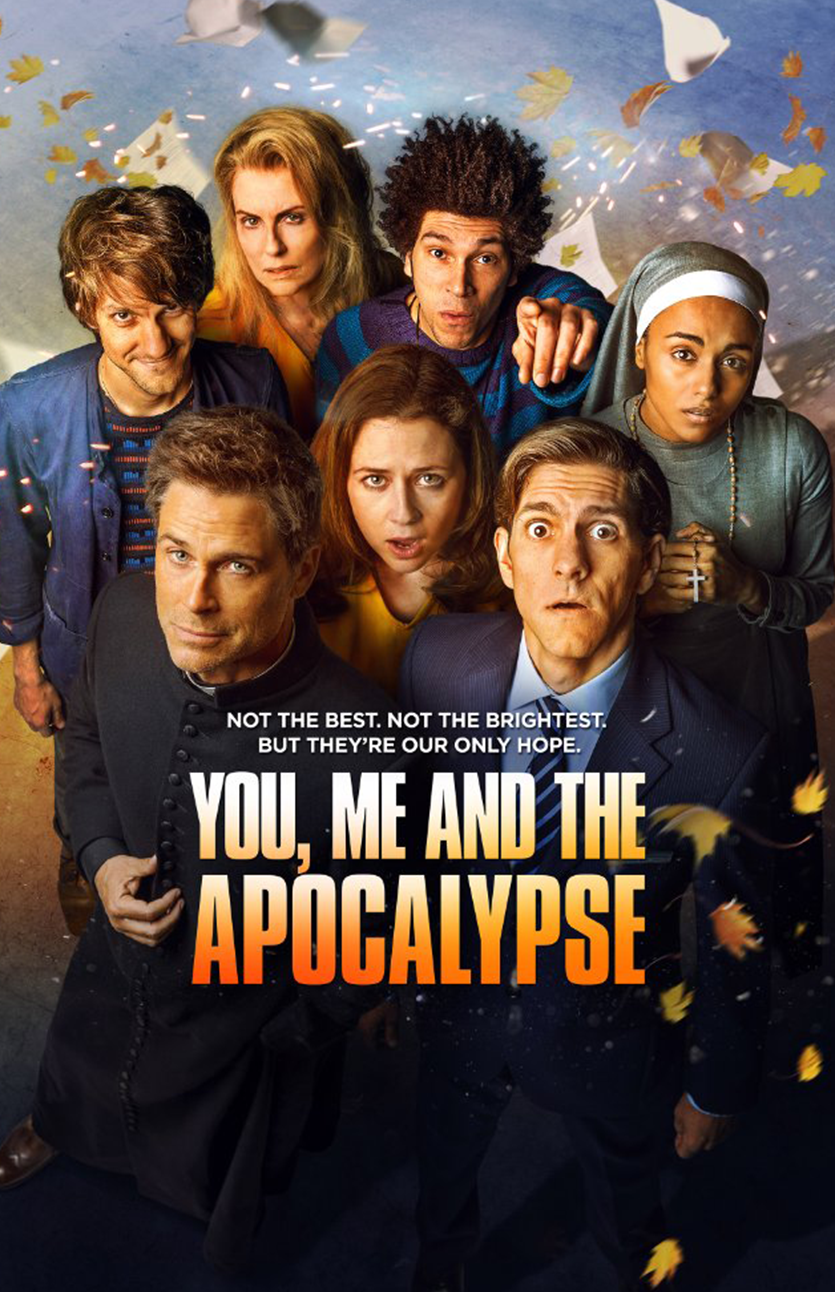 You, Me and the Apocalypse

With their days numbered, a group of people struggle with the inevitable apocalypse after it is discovered that a comet is on a collision course with Earth.

Jamie Winton (Mathew Baynton) works as a bank manager in Slough, England, living with his best friend, Dave Bosley (Joel Fry), and his adoptive mother, Paula (Pauline Quirke). Jamie vows to find his wife, Layla (Karla Crome), who disappeared seven years ago, and his biological mother before the comet hits. In one of many revelations that occurs before the comet strikes, he learns he has a twin brother named Ariel Conroy (also played by Baynton). Meanwhile, Rhonda MacNeil (Jenna Fischer) is imprisoned in New Mexico, United States, after taking the blame for a hacking crime committed against the NSA by her son Spike (Fabian McCallum). There, she meets a white supremacistnamed Leanne (Megan Mullally).

In Washington, D.C., Rhonda's brother Scotty (Kyle Soller) and his husband, US General Arnold Gaines (Paterson Joseph), are working to stop the comet that will cause the apocalypse. At the Vatican, Father Jude (Rob Lowe) and Sister Celine (Gaia Scodellaro) work to find the potential Antichrist and the world's savior. In the end, as explained at the beginning of the series, most of these people will come to be in a bunker together under Slough as they watch the apocalypse on TV.

Any cookies that may not be particularly necessary for the website to function and is used specifically to collect user personal data via analytics, ads, other embedded contents are termed as non-necessary cookies. It is mandatory to procure user consent prior to running these cookies on your website.