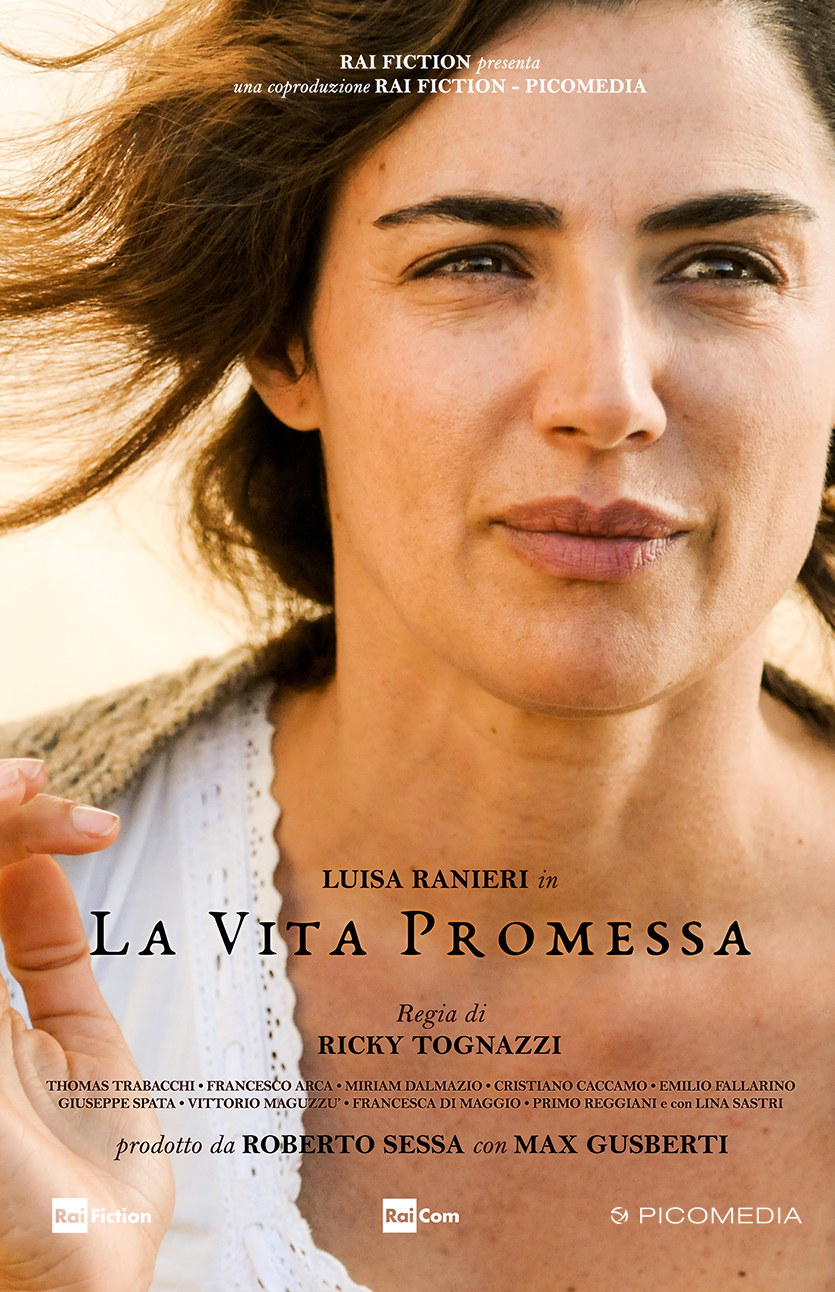 La vita promessa is an Italian television miniseries created by Laura Toscano together with Franco Marotta and directed by Ricky Tognazzi, broadcast by Rai 1 from September 16th 2018.

Early twenties. The Sicilian Carmela Carrizzo takes the drastic decision to move to the United States of America because of Vincenzo Spanò, in the service of the baron for which Carmela works: in fact Vincent killed her husband Salvatore, "guilty" both for his protests about the harsh working conditions of the workers, both because they were married to Carmela and Vincenzo brama; moreover Vincenzo, along with accomplices, tortured Rocco, one of Carmela's sons, because he was surprised to eat a little lamb from the baron who had fallen from a cliff and was dying so, because of the humiliation suffered, Rocco tried the suicide in vain, from which he recovered but becoming mentally disabled.

In order to enter America, Carmela is forced to marry by proxy with the Venetian Matteo Schiavon, long resident in New York. Another tragedy seems to fall on the Carrizzo when, shortly before departure from Naples, her daughter Maria seems to die of cholera, but resumed shortly after the departure of her family to New York. Thanks to the help of Mrs. Assunta Moggi, who had temporarily hosted her mother and brothers before boarding, Maria will do everything possible to track down her family.

Any cookies that may not be particularly necessary for the website to function and is used specifically to collect user personal data via analytics, ads, other embedded contents are termed as non-necessary cookies. It is mandatory to procure user consent prior to running these cookies on your website.